Are We Becoming Victims of Fourth Generation Warfare?

Are We Becoming Victims of Fourth Generation Warfare? 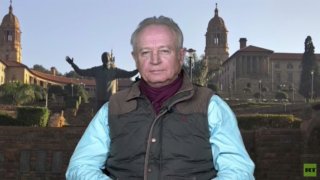 Eeben Barlow
ARE WE BECOMING VICTIMS OF FOURTH GENERATION WARFARE?
(This is neither a media statement nor an invitation for party political rhetoric)
(Adapted from the talk I gave at the Rooiplaas gathering on 6 April 2019)
South Africa’s national security ought to be above petty party politics. Unfortunately, it is not.
It has instead become a toxic environment where all political parties fight to increase their voter support.
I believe that many people in our government, and indeed most of our citizens, are unaware of the fact that, as a country, we are being targeted by Fourth Generation Warfare (FGW). I wrote about this phenomenon in my book Composite Warfare under the heading of ‘4th Evolution of Warfare’.
I hope that I am wrong but what I see unfolding is not merely a clash between different ideologies but a concerted effort to bring about the collapse of the country. This will impact negatively on every citizen of the country regardless of colour, language, political loyalty, and religion, and unless there is dedicated, driven, and urgent intervention—supported by all political parties—the momentum will merely build up over time and will become increasingly difficult to stop.
Like any other conflict in Africa, FGW is about influence, interests, power, and resources.
FGW is characterised by the following:
1. It is multidimensional in nature and of long term duration. The build-up is gradual and its escalates over time, generating its own momentum
2. It includes acts of armed action, terror, sabotage, violent protests, unchecked looting, and other violent crimes driven by different beliefs and ideologies
3. Its support base is decentralised, and it (usually) enjoys covert financial support
4. It is a direct attack on a target’s culture, past, style of governance, and its support base, and includes attacks on—and the wanton murder of—civilians
5. Hate-speech is a vital component of this type of warfare as it adds to anger, division, tension, militancy, and hatred. It intends to break down social cohesion and destroy value systems
6. It is a highly sophisticated psychological warfare and propaganda campaign conducted through mainstream and social media manipulation, internet/cyber warfare, internet trolls, and bots
7. Targets are placed under political, economic, governance, social, law enforcement, and military pressure. This is to create the perception that the government is either unable or unwilling to rectify matters, or that they cannot be trusted to secure the populace
8. It contains threats of punishment, violence and/or sanction against any person or party that wishes to intervene or counter its end-goal. This will usually be driven by a small but vocal group of people who will use a distortion of both history and facts to justify and propagate their militancy. In this process of created anger, they will threaten to resort to an armed uprising to ‘reclaim’ what they want
9. It occurs in conflicts that are usually low intensity in nature and includes participants from all political and ideological sides
10. The populace present the security forces with strategic, operational, and tactical dilemmas, but to the proponents of FGW, the populace standing between them and the government/security forces are merely collateral damage
11. It lacks an apparent and defined chain of command, especially when more than one group is involved
12. It appears small in size, but is strengthened by a vast and all-inclusive network of communication, media coverage, soft power, and financial support
13. It employs the use of tactics such as violent organised crime, violent and destructive protests, sabotage of state infrastructure, threats to disrupt and/or erode the health services, industry and food security, and can include terrorism and small guerrilla actions.
14. Political warfare is a contributing factor as it allows influence and the shaping of perceptions.
Many of the above characteristics are already very visible in our political landscape.
I believe we are where we are as we do not have a coherent and realistic National Security Strategy to advise, support, strengthen, and guide our National Strategy. If a strategy is good but cannot be implemented, it is a waste of time and effort—and it gives the initiative to the bad guys.
Sadly, as seen from the recent report, our state intelligence services (SSA report) became a fiefdom and partisan intelligence organisation aimed at protecting personal interests instead of collecting intelligence on threats to national interests. This placed us on a very dangerous trajectory of strategic failure. It has also eroded the pillars of state to such an extent that they are either deeply eroded or close to collapse.
This can only be turned around by reassessing these strategies and implementing realistic and sustainable plans, acting against the divisive, militant, and violent political rhetoric that is taking place, and re-establishing the rule of law. Just these few actions will go a long way in partly negating the political warfare/FGW campaign that is currently unfolding in South Africa. 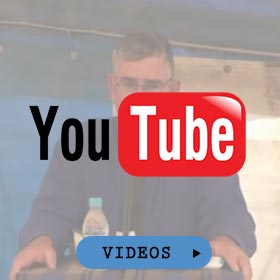